Skip to content
Webpicks > Videos of a Teenage Eco-Warrior 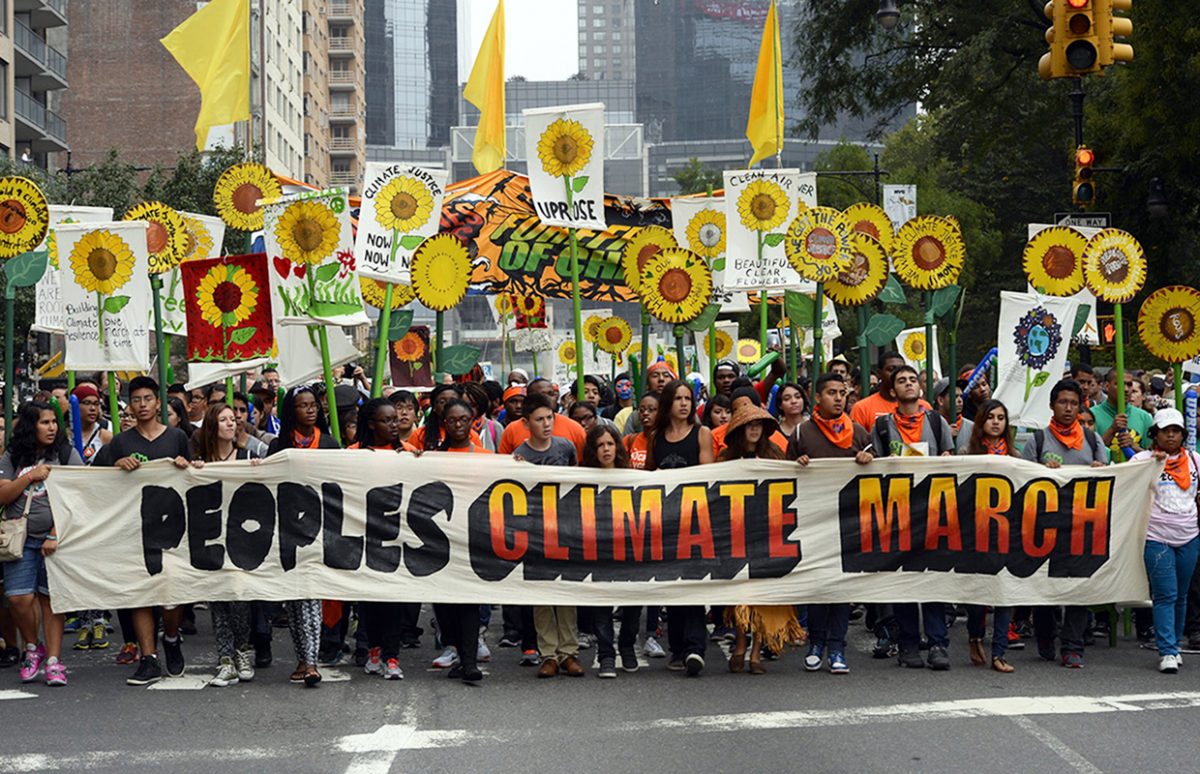 Discovering this teenage Native American environmental activist, Xiuhtezcatl Martinez, is inspiring on many levels. It fits well into themes of ecology, protest songs, indigenous cultures or young people taking action. We have provided an A2+-B1 downloadable article and activities in the Ready to Use Resources section. These videos can extend the sequence.

The first 2:20 of this TED talk that Xiuhtezcatl Martinez gave at a TEDxYouth event in Colorado in 2014 is Xiuhtezcatl introducing himself and mentioning many facts covered in our downloadable article. It works well as a follow-up, to consolidate what A2+ pupils have learned with the article.

This is a six-minute documentary made about Xiuhtezcatl when he was 14. It is difficult for listening comprehension because for much of it he speaks in voiceover, and not perfectly distinctly. The images don't particularly help comprehension. The parts with live sound are very conversational, with people speaking fast and over each other. It's suitable from B2, with an introduction.

For classes from A2+level, however, the images are interesting to accompany the work on the written article. What is lovely about them is that they show a "regular kid". We see him hanging out with his friends and family, climbing trees, cycling and trampolining, preparing food in the kitchen with is mother or at table with his family. The only unusual thing pupils are likely to pick up is his and his brother's long hair (and his mother's nose piercing perhaps.) And in the last section, we see him doing Native American dancing and drumming. Above and beyond the work on Xiuhtezcatl's ecological project, it would be useful in a sequence about Native Americans today, showing how they combine conventional Western life with traditional activities.

Rap and Protest
One of the ways Xiuhtezcatl and the Earth Guardians communicate their concerns is through music and rap. This song, "Indigenous Roots - We are all Indigenous to the Earth" is relatively slow and clear, and pupils from B1+ can pick up on keywords to get the gist. There's also a verse in Spanish, Xiuhtezcatl's first language.

The accompanying video also works well on the contrast between pupils' expectations of Native Americans and the reality: Xiuhtezcatl and other young people are sometimes dressed in conventional clothes (or activist T-shirts), and sometimes in traditional costumes. They are singing both about learning from traditional culture with lines like "We honour the sacred connection between all beings" but also about using modern methods to protest against tar-sand exploitation and pipelines. And they're rapping.

The segment from 1:52 to 2:20 is especially clear and covers many of the main points:
Yes that's right, we are First Nations.
Indigenous people were the first people to roam the land.
Though our way of life has been threatened, we are striving to pass on our teachings to the next generation.
So they may create a new world for all people on Earth.
We are the caretakers of the Earth
We honour the sacred connection between all beings
We saw beauty in the simplest gifts of nature
We are part of the Earth, not separate from it.
We are the warriors of the land, the protectors of nature and the guardians of the Earth.

And this part is perfect for inclusion in a theme of protest songs. (2:20-2:56)
I'm a descendant of the people oppressed in this land
But people are rising up, breaking free from these locks and chains.
We are bringing forth a movement that's on the rise
Uniting the people of the Earth all under one sky.
To defend our secret land
To defend our only hope
To protect these sacred waters we will never be alone.
Reconnect to the sacred wisdom of our ancestors past
Set free my people, we are rising at last.

Speaking to an Audience
This video of Xiuhtezcatl at 14 giving a speech at a Bioneers environmental conference is a great example to show pupils of prise de parole en continu. (A2+ for technique only, B1 and above to include comprehension.)

By asking pupils to focus on his style and delivery, you can take the pressure off for comprehension, and they may well surprise themselves by how much they understand.

They will probably point out he goes a little fast! He doesn't read from notes. Most of the time, he looks at the audience, perhaps not making eye contact since he's on a stage, but definitely making it clear he's talking to them and wants their attention. He uses gestures, varies his rhythm and uses a classic oratory technique of using repetition and lists.

For example (from 2:15 to 2:45): "Colorado suffered the greatest fire we have ever seen in our history in the same three months as we suffered our greatest floods. We are seeing floods where we never see floods. We are seeing fires and droughts where we never see fires and droughts. It's not just about global warming any more, it's about shifting of weather patterns. Hot places are getting cold. Cold places are getting hot. Humans are getting displaced around the planet because of typhoons, tornadoes, hurricanes, mass destruction. This is a human-rights issue."
He comes to a dead stop after hammering home that last sentence and right on cue the audience claps. There are a couple of slides during this section and they add to understanding – the wildfires and floods in Colorado with the dates and people fleeing a typhoon in the Philippines. Again, pupils can take note for when they do Powerpoint presentations that it's helpful for the audience if the slides reinforce the oral presentation and vice versa.

Ask pupils to try to take into account both the pluses and the negatives they noticed in Xiuhtezcatl's delivery to improve their own technique.

A good exercise would be to practise delivering this short segment. It will help them retain the thematic vocabulary too. (fire, flood, drought, global warming, weather, typhoons, tornadoes, hurricanes…)

Another good example of oratory technique, and persuasive language, is his conclusion, which is slow enough from A2+ (Starting at 5:50 – "This generation...") It's a rousing pep talk!

If pupils have studied the article we provided, the segment from 3:30 to 4:02 picks up a lot of vocabulary and information used in the article, so pupils can be asked to listen and will probably be surprised how much they can catch despite the speed of delivery.

The last part is on the lawsuits the Earth Guardians and other teenagers have taken out against the federal government to try to force them to take action on climate change. It's a subject that we felt was too complex to tackle at A2+ level, but is interesting for lycée pupils. There is information about the lawsuit on Our Children's Trust, including short films of the youth plaintiffs including Xiuhtezcatl when he was 11.

Articles for Class Use

There are articles about two other young environmental activists
in the Banque de ressources anglais cycle 4 appropriate for A1+, A2 and B1-level pupils. To see the resources, download them or use them online, register now or log in to the Banque de ressources anglais cycle 4 then go to:
Articles de presse > A1+, A2, B1 > Transition écologique et développement durable >
"A Young Canadian Environmental Activist"
and
"The Ocean Clean Up"